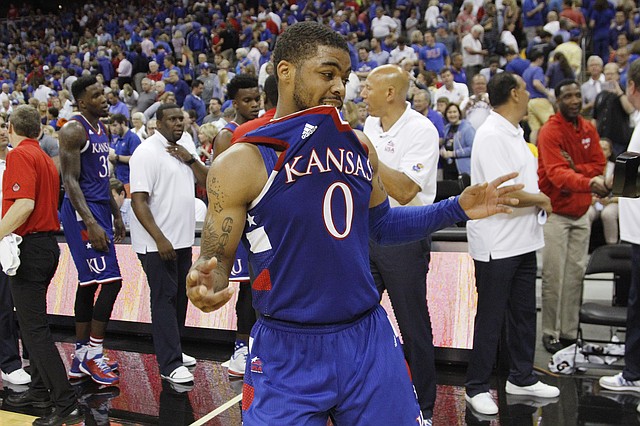 Frank Mason III gave Bill Self’s basketball campers a taste of his new-found offensive prowess by scoring 31 and 30 points in a pair of intra-squad games contested the past two Wednesdays in Horejsi Center. The 5-foot-11, 185-pound junior point guard from Petersburg, Virginia continued his June scoring spree in a World University Games tuneup versus Canada. By Gary Bedore