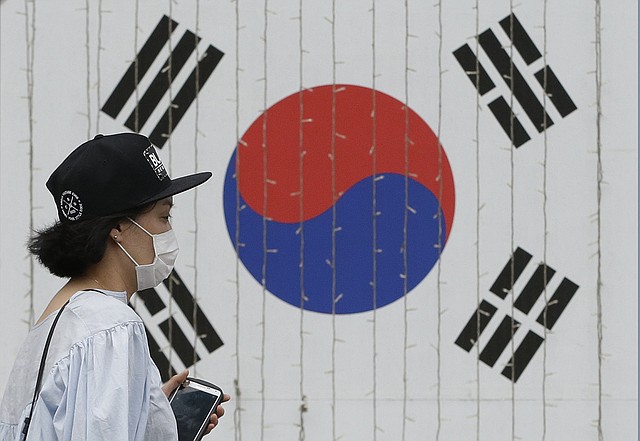 A woman wears a mask as a precaution against Middle East Respiratory Syndrome (MERS) as she passes by a South Korean national flag in Seoul, South Korea, Thursday, June 11, 2015.