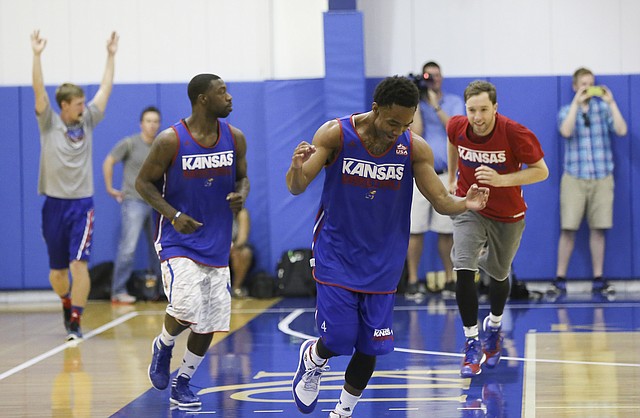 Kansas University’s basketball players aren’t handed stat sheets after playing in the 30-minute Bill Self campers game in Horejsi Center. Thus, they are somewhat astounded when informed by media of their unofficial totals.