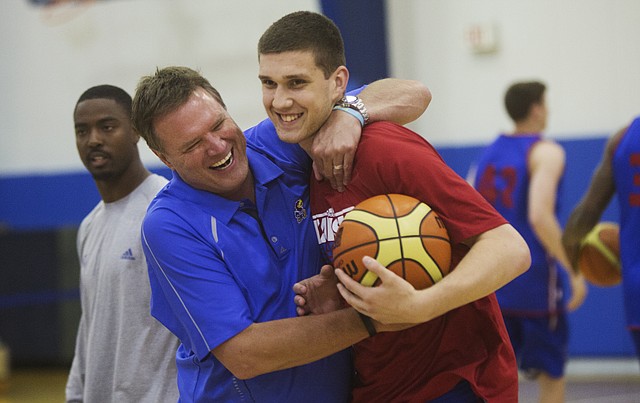 A bit on the shy side during his freshman year at Kansas University, 18-year-old Ukraine native Sviatoslav Mykhailiuk is communicating more freely and fluently this semester. By Gary Bedore