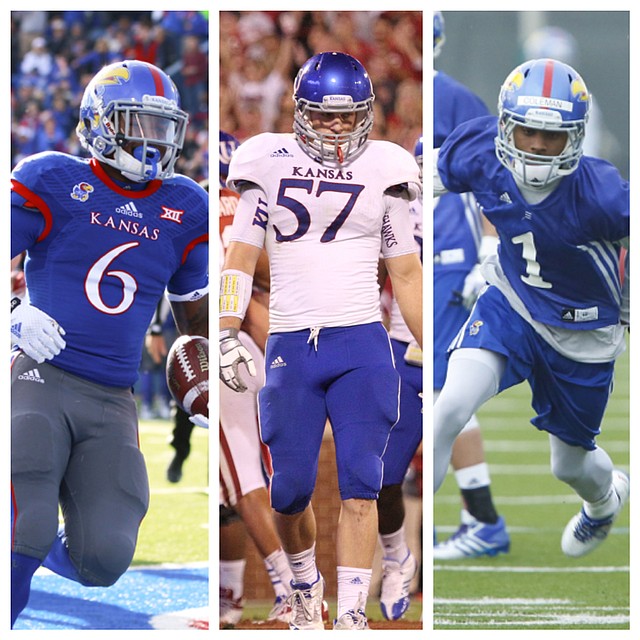 Kansas University football coach David Beaty announced on Tuesday, June 9, 2015 that football players, from left, Corey Avery, Jake Love and Rodriguez Coleman, would not be with the team in 2015. Avery and Coleman were dismissed for violating team rules in the spring and Love is stepping away from football because of medical issues. All three were projected starters.

Kansas University football coach David Beaty announced three significant changes to the KU football roster on Tuesday and each figures to have a hefty impact on the upcoming 2015 season. By Matt Tait