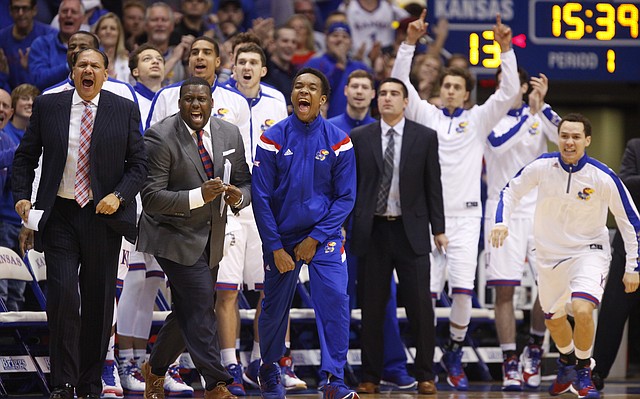 Kansas finds positive in ability to come back

Kansas has lost two games by gargantuan margins and is 11-0 in the rest. Three of the 11 victories came when Kansas trailed at the half, including Sunday’s 76-61 dusting of UNLV, which led by four at the half. Every time Kansas rebounds from a deficit, it seems, it’s easier for it to do it again. By Tom Keegan