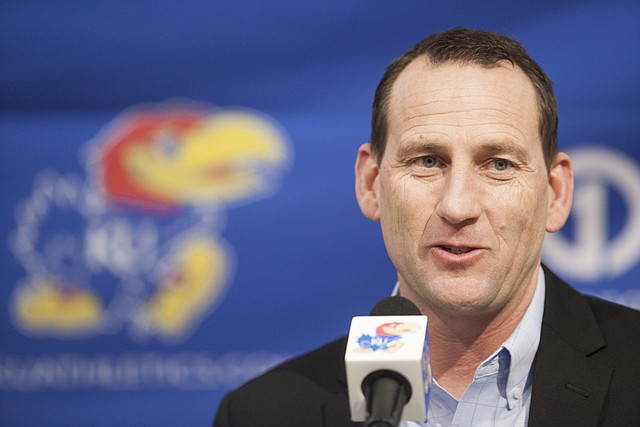 For weeks after he was hired back in December, first-year Kansas University football coach David Beaty raved about the quality of the coaching staff he brought with him to Lawrence. Three days into spring practices, the elements that make Beaty so high on each coach already have become evident. By Matt Tait

It may be just a subtle shift, but the focus of Kansas University football recruiting appears to have changed.

It did not take long to recognize the genuine excitement that first-year Kansas University football coach David Beaty carried with him into Wednesday’s signing-day news conference inside Mrkonic Auditorium at the Anderson Family Football Complex. By Matt Tait