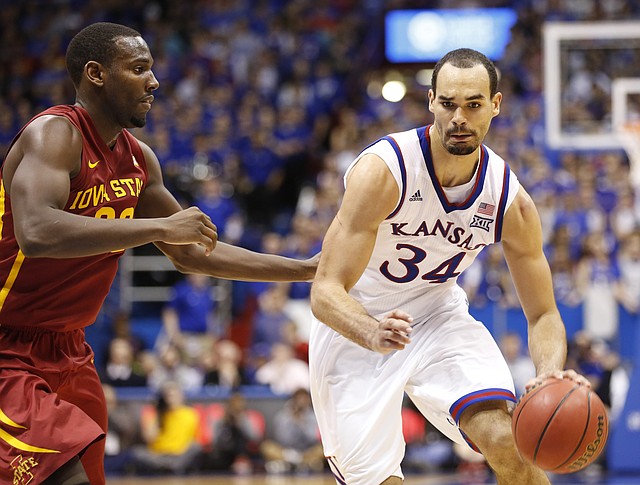 The Big 12 Conference on Wednesday morning announced that junior forward Perry Ellis and senior guard Christian Garrett had been named to the academic all-Big 12 first team.

Perry Ellis, who has expanded his range to hit 13 three-pointers in 2014-15 after making eight treys his sophomore season and two his freshman campaign, needs just three points today against Baylor to join the 1,000-point club at Kansas University.