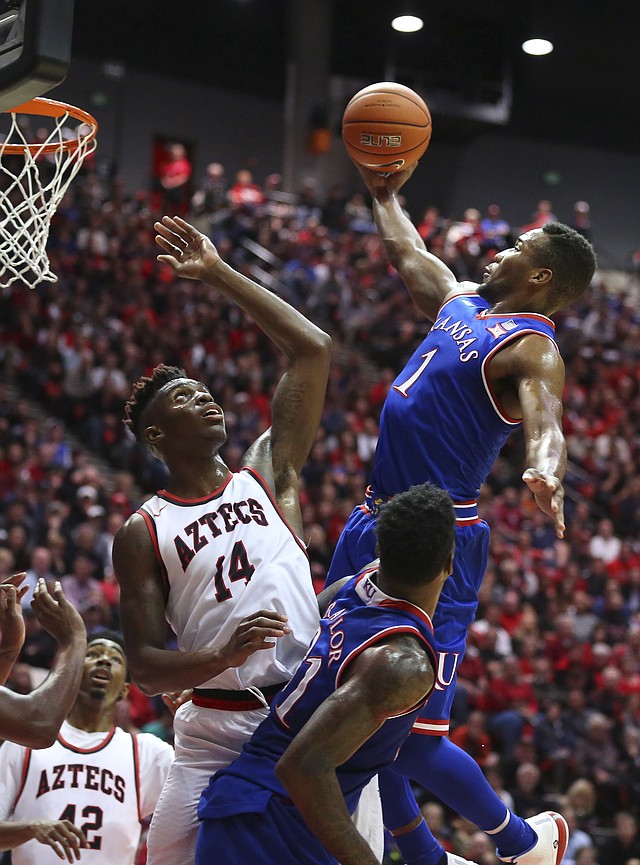 Kansas guard Wayne Selden Jr. (1) floats in for a bucket over San Diego State forward Zylan Cheatham (14) during the second half, Tuesday, Dec. 22, 2015 at Viejas Arena in San Diego.

Since most of you don’t have access to the cable network that covered Tuesday night’s Kansas University basketball game against San Diego State in Viejas Arena, I thought I would do something a little different. I’ll  share what I saw and heard in chronological order, breaking the game down into the eight segments that stretch from one TV timeout to the next. By Tom Keegan