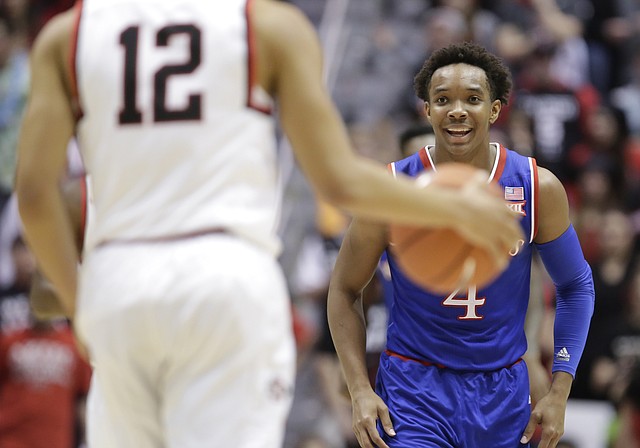 Kansas guard Devonte' Graham (4) flashes a smile during a run by the Jayhawks.

ESPN.com released its preseason rankings on Thursday morning, and there were some awfully familiar names sitting at the top, including Kansas, which came in at No. 3. By Matt Tait

After finishing the 2015-16 season with career bests in points (11.3), assists (3.7), rebounds (3.3), three-point shooting (.441) and more, KU guard Devonté Graham spent the summer focused on getting bigger and stronger and is eagerly awaiting the start of his junior season. By Matt Tait

he myriad responsibilities for guards in basketball can be boiled down to two jobs: 1. Make sure your team puts up a good shot every time down the floor; 2. Make sure the other team doesn’t get off good shots by pestering ball handlers so that they can’t get the ball where it needs to go.