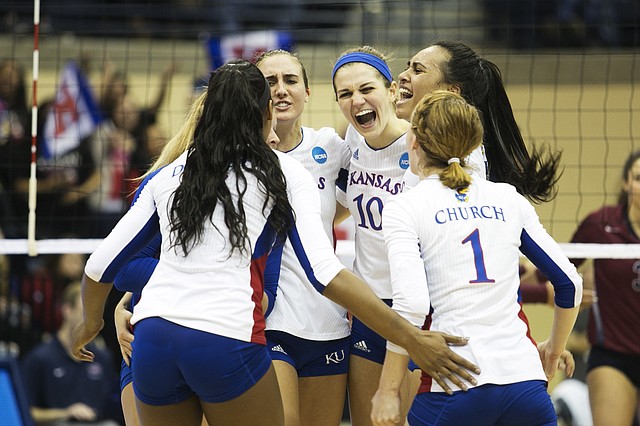 After finishing with a final ranking of fourth in the American Volleyball Coaches Association poll following its first ever trip to the NCAA Final Four a season ago, the KU volleyball team opens the season ranked No. 5 in the AVCA preseason coaches poll.

The best volleyball team in the history of Kansas University accomplished another first Friday night in Jenny Craig Pavilion, and it was the biggest one yet.