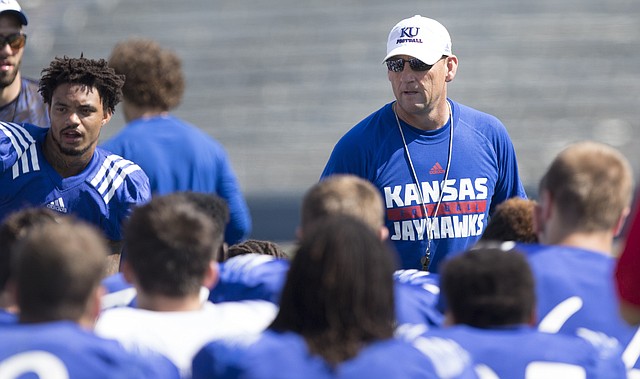 Kansas football coach David Beaty talks to his team during a break on Friday, Aug. 21, 2015.

Some of the top athletes and coaches in the Big 12 Conference will invade the heart of Big 12 country today and Tuesday for the annual and unofficial start of the college football season known as Big 12 media days.

Kansas football notebook: Clean it up

Mistakes are commonplace in season openers across the country, but Kansas University football coach Beaty does not believe they’re necessary. By Matt Tait

A look at how Kansas' football depth chart is shaping up

First-year Kansas University head football coach David Beaty hasn’t revealed a depth chart, even to his players, but one appears to be falling into place. By Tom Keegan