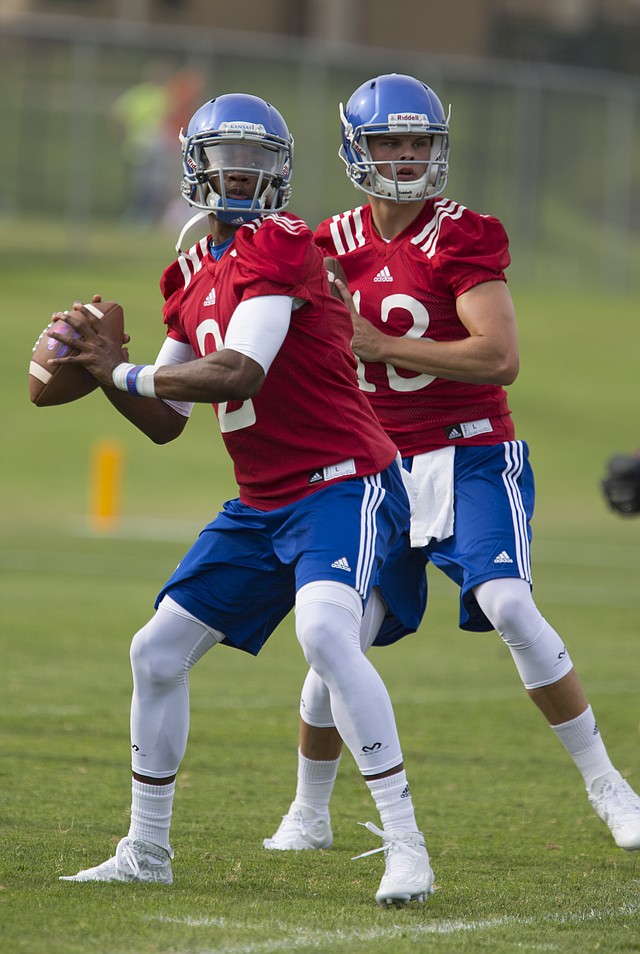 Kansas quarterbacks Montell Cozart (2) and Ryan Willis (13) look up the field for receivers during the first day of practice on Thursday, Aug. 6, 2015 at the fields south of Anschutz Pavilion.

Oklahoma State coach Mike Gundy must prepare for both Ryan Willis and Montell Cozart this week. Statistically, neither one has emerged as more deserving than the other.

During the Jayhawks’ opening practice today, and the 22 more to follow during preseason camp, second-year coach David Beaty, his staff and the players have much to accomplish. By Benton Smith

Whether it’s because of injury or a desire to add a wrinkle to their offense, six Big 12 Conference programs have used at least two quarterbacks as a part of their attack during the 2015 season.