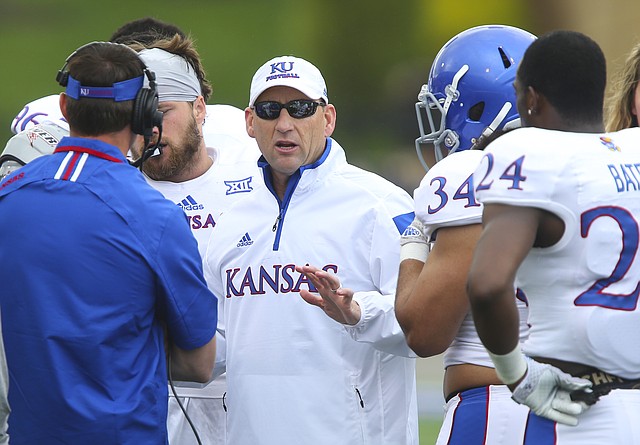 Kansas head coach David Beaty talks with his players after starting quarterback Michael Cummings left the game with an injury during the Spring Game on Saturday, April 25, 2015 at Memorial Stadium.

Column: KU has depth only at defensive end

It’s time to take a position-by-position look at how the Kansas University football roster shapes up, fitting each player into one of six offensive positions and five defensive ones and then ranking the positions. By Tom Keegan