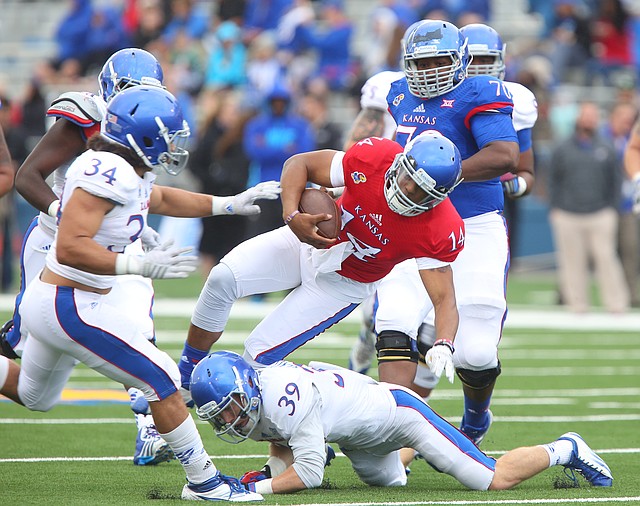 Last April, senior walk-on Michael Glatczak became a well-known name in KU football circles for a fluke hit he made in the annual spring game that left quarterback Michael Cummings with a serious knee injury. Today, Glatczak has moved past the play and is looking to make a name for himself in another way. By Matt Tait

Injured during the spring game and thought to be out for the 2015 season, senior quarterback Michael Cummings recently shocked his head coach, just a handful of weeks removed from knee surgery.

Shortly after the conclusion of Kansas University’s annual spring game, head coach David Beaty showed up for his news conference with the same bounce and energy he takes with him everywhere. But even the most optimistic person in the room didn’t try to paint a false picture of the Blue team’s 20-7 victory against White in the Saturday scrimmage at Memorial Stadium. By Benton Smith