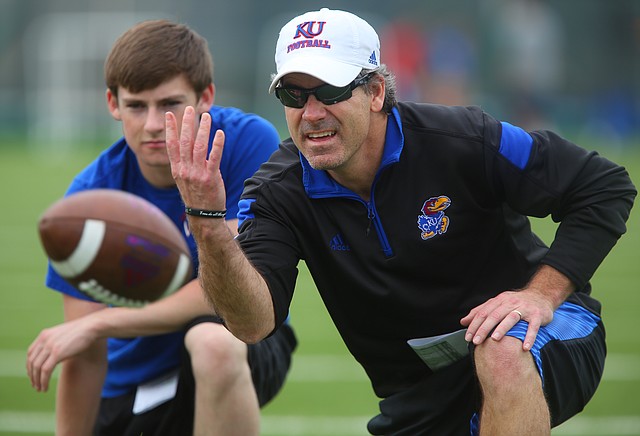 Column: Likens has been here before

Middleweights backed against the ropes by heavyweights every week, the Kansas University football players must feel at times as if they never will escape. Offensive coordinator Rob Likens doesn’t have to stop at telling them things will get better, he can show them evidence from his previous job. By Tom Keegan