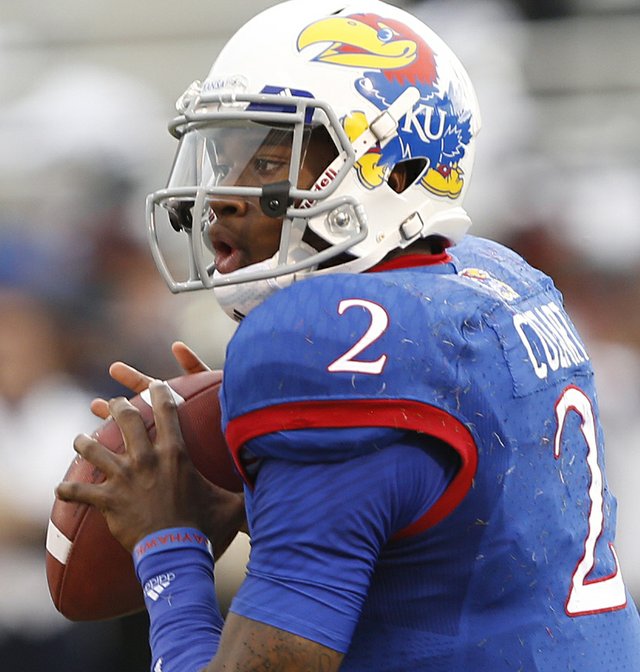 KU sophomore quarterback Montell Cozart (2) looks for a receiver in the first half against Central Michigan on Saturday, September 20, 2014 at Memorial Stadium.

Now Clint Bowen is responsible for the entire team, which includes an offense that scored a combined three points in losses to Duke and Texas, an offense triggered by a relative newcomer. What are Bowen’s plans for injecting life into an offense that hasn’t gotten off the ground for four-plus seasons? By Tom Keegan

Saturday was tiebreaker time for Kansas University quarterback Montell Cozart, and the sophomore who entered Week Three with just five career starts leaned a little more toward his good performance in the season-opening win over SEMO than the bad one he put up in a Week Two loss at Duke. By Matt Tait