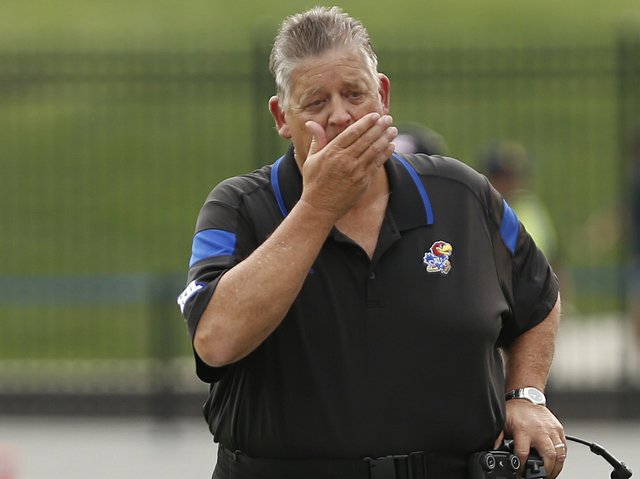 KU's Charlie Weis feels the pressure in the first half, as KU hosted Central Michigan on Saturday September 20, 2014 at Memorial Stadium.

Former Kansas University football coach Charlie Weis, who was hired by KU in 2011 and fired four games into his third season with the Jayhawks in 2014, may be hanging up his whistle for good.

That jolt you felt Saturday was Kansas University football coach Charlie Weis bouncing off the ropes with a timely 24-10 victory against Central Michigan at Memorial Stadium. By Tom Keegan