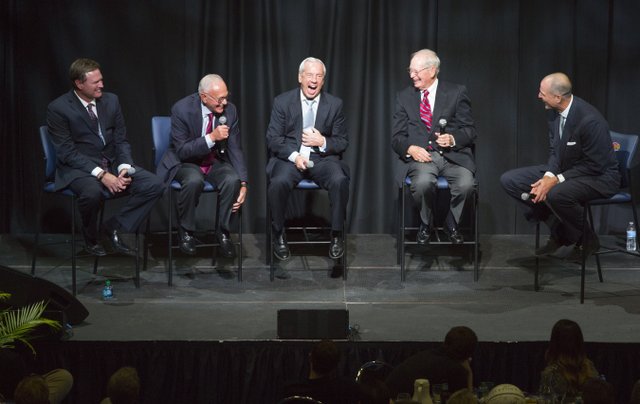 Former Kansas head coach Larry Brown, second from left, draws laughter from Bill Self, left, Roy Williams, Ted Owens and ESPN analyst Jay Bilas as he recounts stories about hassling game officials during a roundtable discussion at the end of the 60th Anniversary celebration of Allen Fieldhouse on Monday, Oct. 27, 2014.