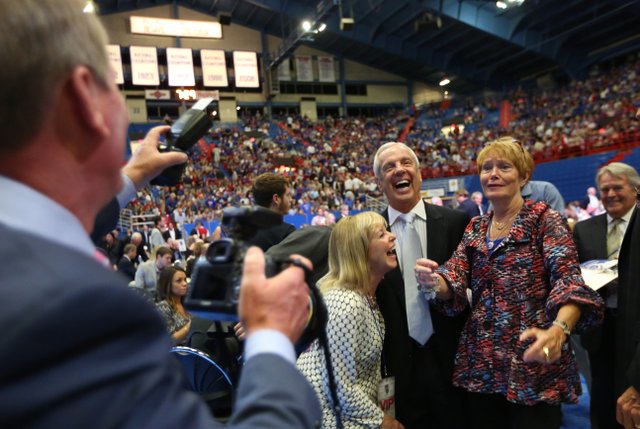 Former Kansas head coach Roy Williams laughs as he has his picture taken with old friends during the 60th Anniversary celebration of Allen Fieldhouse on Monday, Oct. 27, 2014.

Roy Williams, who admits he’s as emotional as any person alive, tossed and turned in his Lawrence Oread Hotel bed on Sunday night/early Monday morning. By Gary Bedore