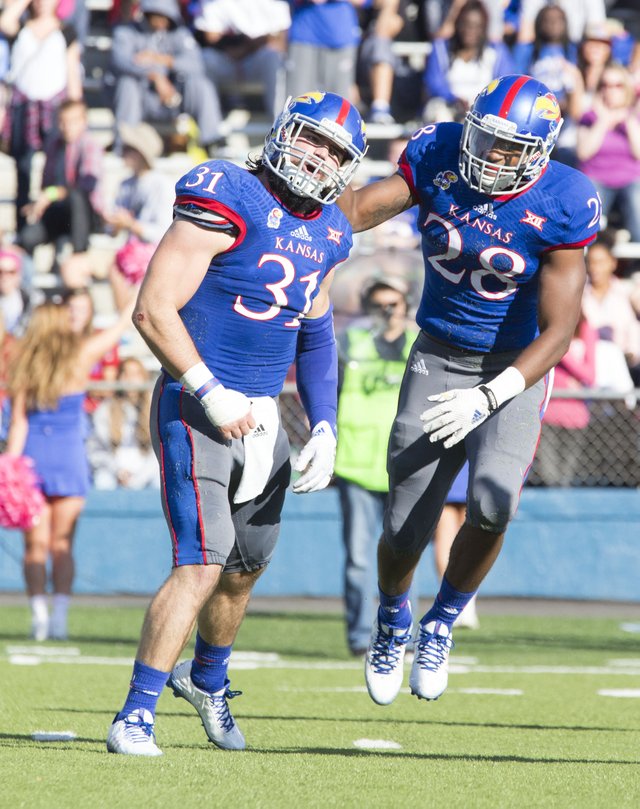 The onslaught of campaign ads has dissipated and the elections are over. But there’s still one more order of business and a couple of key votes ahead for Kansas senior Joe Dineen Jr. By Matt Tait

Fiery Ben Heeney calms down once Raiders draft him

Even though four linebackers got picked ahead of him on Day 3 of the NFL Draft, former Kansas linebacker Ben Heeney finally calmed down Saturday when the Oakland Raiders chose him with the fourth pick in Round 5. By Benton Smith