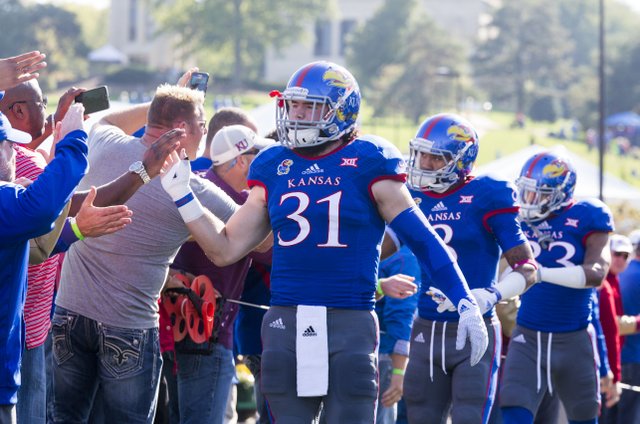 A former standout linebacker at the University of Kansas, Ben Heeney’s fourth NFL season ended Wednesday before it ever really began.

Before Saturday's 27-20 loss to No. 16 Oklahoma State, nearly 200 former Kansas University football players joined the KU band and spirit squad to form a giant K and tunnel at the south end of Memorial Stadium designed for this year's Jayhawks to walk through as they took the field. By Matt Tait