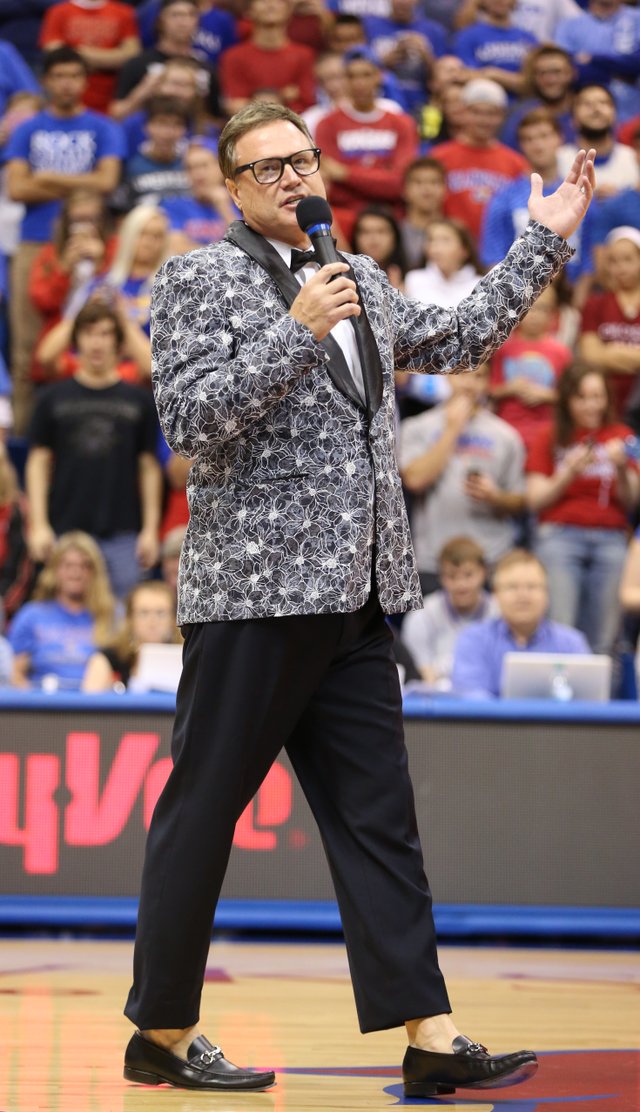 For a coaching staff that features four assistants who have spent time at more than a dozen different Division I basketball programs, veteran KU assistant Norm Roberts’ memories of his first experience with KU’s Late Night in the Phog sure stand out. By Matt Tait

The Kansas University men's basketball program announced Tuesday that the 2016-17 season will begin as early as possible in October. Late Night in the Phog is set for Saturday, Oct. 1 and will run from 6:30 p.m. to approximately 9:30 p.m.

Microphone in hand, Kansas University coach Bill Self strolled through the facility’s northwest tunnel wearing the same black-and-white striped, rather loud suit that Andrew Wiggins fashioned in Brooklyn, New York, the night he was tapped first in the 2014 NBA Draft. By Gary Bedore

The 2014-15 Jayhawks looked rather flashy during a Late Night “evolution of hip hop dance number” and a 20-minute scrimmage to conclude the festivities before a crowd of 14,000 fans in a building that seats 16,300. By Gary Bedore