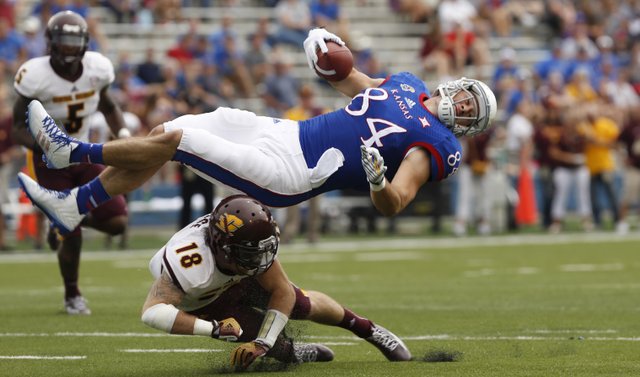 It’s that time of year: time to predict the Kansas University football team’s record, and then get ready to duck from verbal darts accusing me of a “negative” slant. By Tom Keegan

For the past couple of seasons, Kansas University tight end Ben Johnson had a front-row seat to watch the development of Jimmay Mundine.