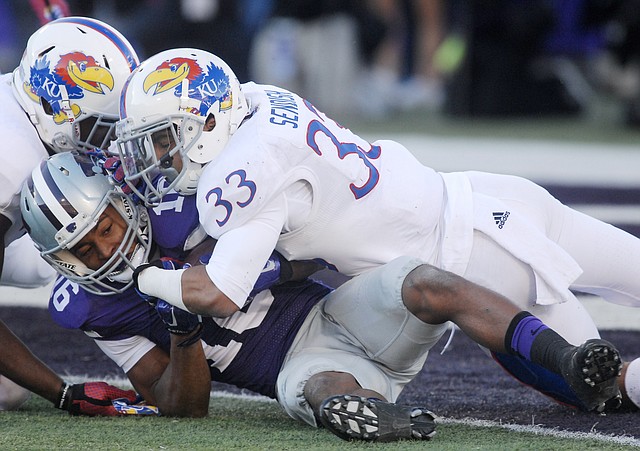 With a vacancy on his staff shortly before the start of spring football, Kansas head coach David Beaty turned to graduate assistant and former defensive back Cassius Sendish to fill it. Beaty announced Thursday Sendish’s promotion and his new assignment as safeties coach. By Benton Smith

From 1993-96, Kevin Lockett tortured Big Eight secondaries to the tune of a school-record 217 receptions for the Kansas State Wildcats. On Saturday, during K-State's 51-13 drubbing of visiting Kansas University, Lockett's son, Tyler, bumped his father into second place on K-State's all-time receptions list. By Matt Tait