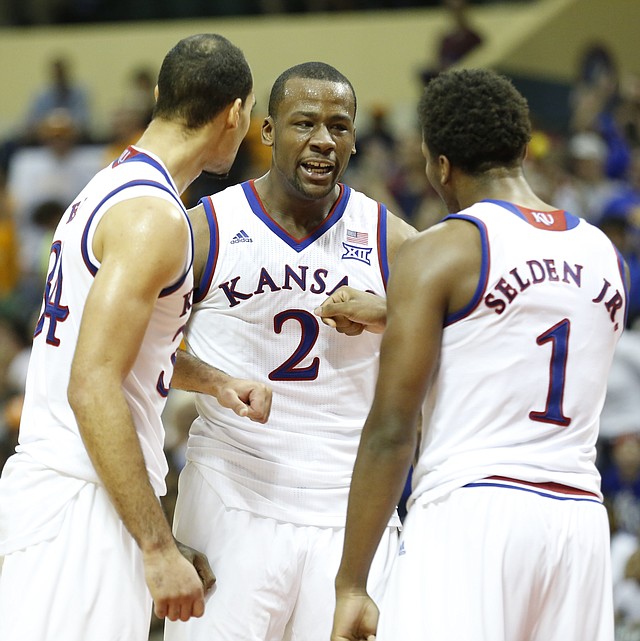 Kansas players Perry Ellis, left, Cliff Alexander and Wayne Selden celebrate a bucket by Alexander late during the second half on Friday, Nov. 28, 2014 at the HP Field House in Kissimmee, Florida.

After nine straight games coming off the bench to begin his Kansas University career, freshman power forward Cliff Alexander is about to get his first crack at the starting five.

Kansas University newcomer Kelly Oubre Jr. had no points and two turnovers in five minutes of an 82-67 KU win Friday. On the same day, fellow freshman standout Cliff Alexander had 16 points and four boards against Tennessee at the Orlando Classic.