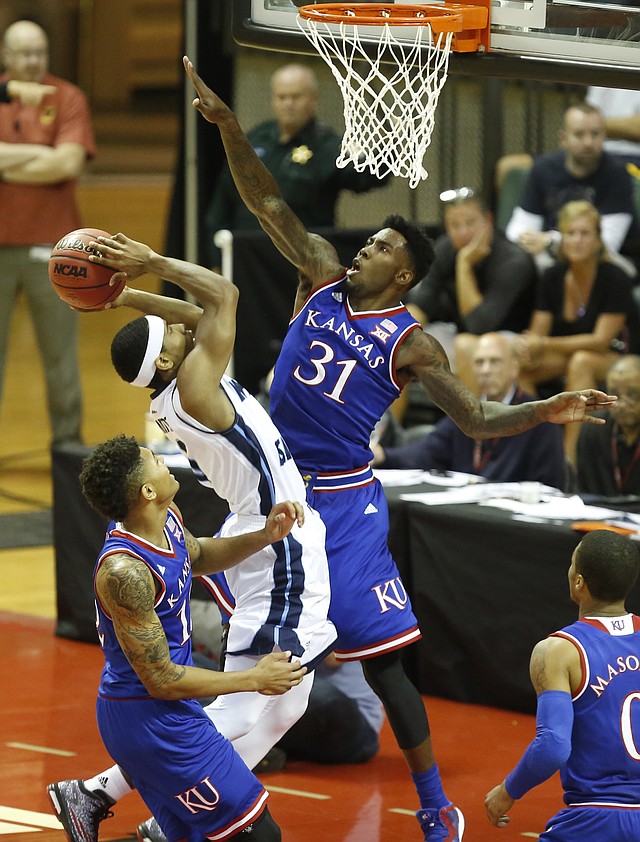 Kansas forward Jamari Traylor (31) defends against a shot from Rhode Island guard E.C. Matthews (0) during the first half on Thursday, Nov. 27, 2014 at the HP Field House in Kissimmee, Florida.

Column: Traylor should turn up the heat

Since starting the first two games of the season and playing 29 and 26 minutes in a victory over UC Santa Barbara and a loss to Kentucky, Kansas University junior Jamari Traylor has seen his minutes dip and only once — Dec. 13 vs. Utah — played as much in a single game as he did in either of those contests.