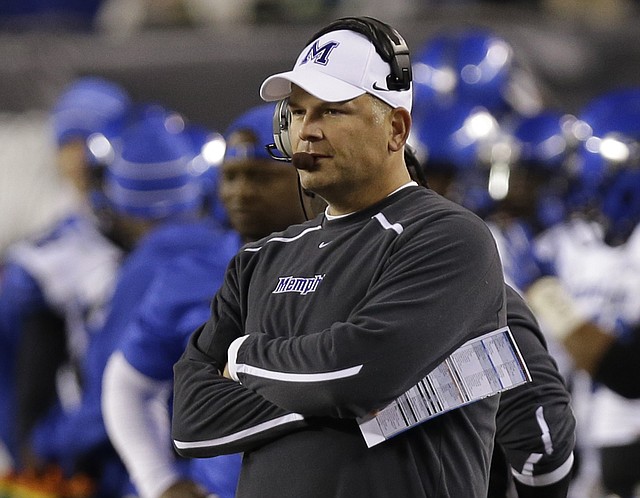 In this Oct. 4, 2014, file photo, Memphis coach Justin Fuente watches from the sideline in the first half of an NCAA college football game against Cincinnati in Cincinnati. Fuente said he saw plenty of potential in Memphis when he was hired to take over the program in December 2011. Now, his faith is being rewarded as Memphis could clinch at least a share of the American Athletic Conference title with a victory Saturday against Connecticut. (AP Photo/Al Behrman, File)