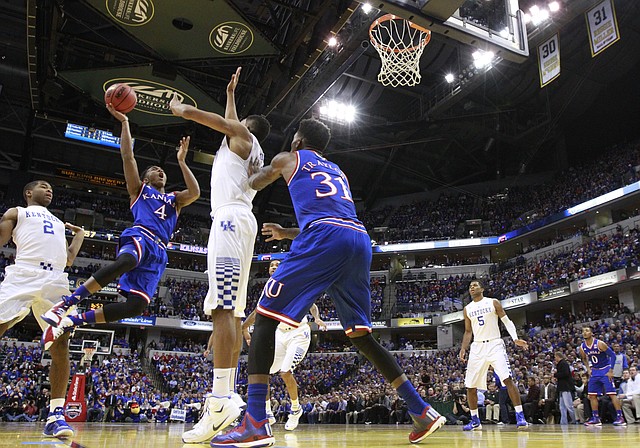 Kansas University freshman guard Devonté Graham could have played if necessary on Monday night against Rider.

Self undecided on lineup for Rider

Kansas men's basketball coach Bill Self on Sunday said he hadn’t decided on his lineup for Monday night's game against Rider. By Gary Bedore