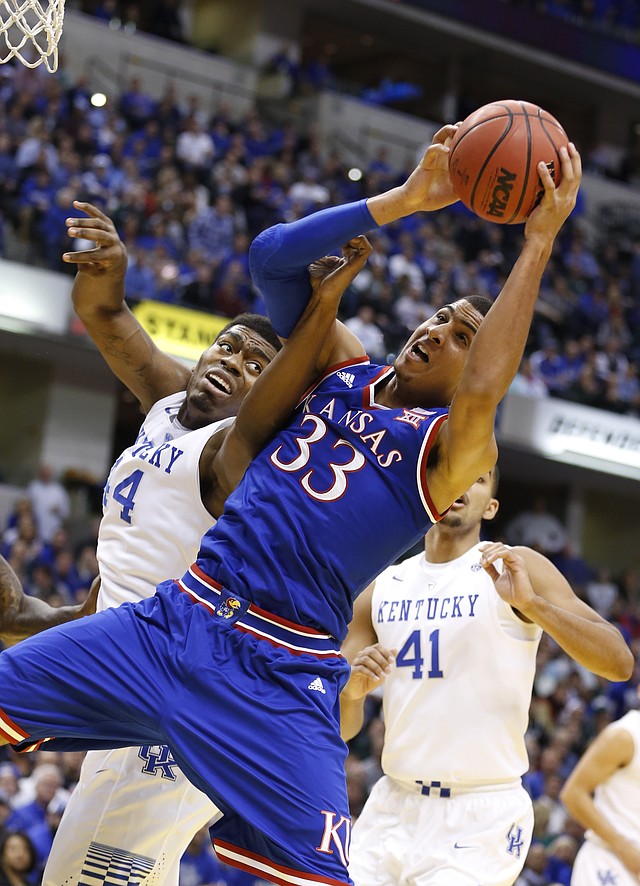 Kansas forward Landen Lucas (33) grabs a rebound from Kentucky center Dakari Johnson (44) during the first half of the Champions Classic on Tuesday, Nov. 18, 2014 at Bankers Life Fieldhouse in Indianapolis.

Kentucky to face Kansas at Allen Fieldhouse next season

The Kentucky Wildcats are coming to Allen Fieldhouse next season. The Big 12 and Southeastern Conferences announced the matchups for the 2015-16 Big 12 / SEC Challenge on Thursday afternoon and the UK at Kansas matchup headlines the slate.

A team meeting involving Kansas University's basketball players probably is not necessary in the wake of Tuesday’s 32-point loss to Kentucky. The Jayhawks spoke their minds in the locker room after the game. By Gary Bedore