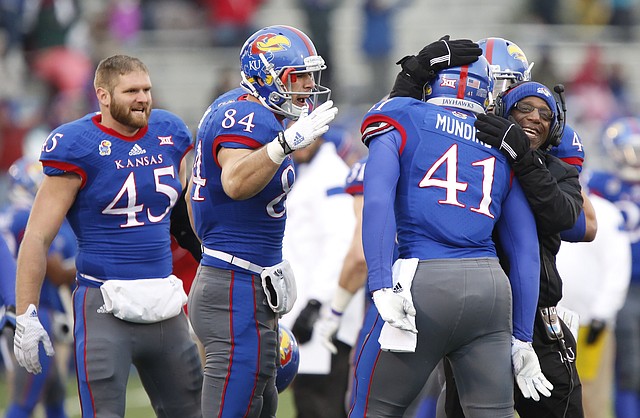 Fresh off of a career game in which he caught seven balls for 137 yards and a touchdown, Kansas University senior tight end Jimmay Mundine learned he had cracked the list of eight semifinalists for the John Mackey Award, given annually to the nation's best tight end.

Mundine's career day is one for the ages

Senior tight end Jimmay Mundine turned in one of the all-time great receiving games by a Kansas tight end. By Matt Tait