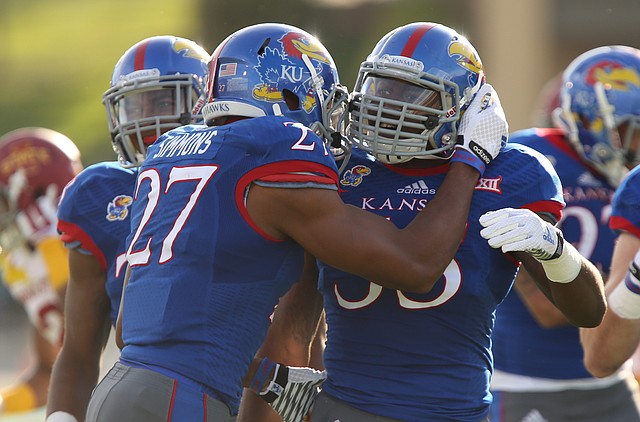 On the way to a 34-14 victory against Iowa State in Memorial Stadium, the KU defense opened with a trio of three-and-outs and each of the Cyclones’ first five possessions ended with a punt. Nobody came up bigger than senior outside linebacker/defensive end Victor Simmons, a graduate of Olathe North High. By Tom Keegan