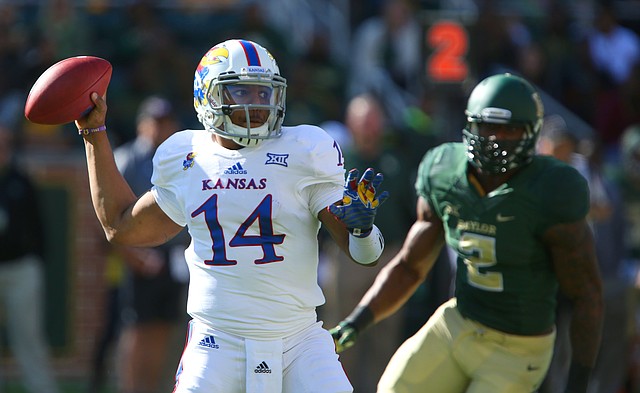 Wednesday afternoon, after almost an entire year away from football, former Kansas University quarterback Michael Cummings was back on the turf throwing passes.

Play of Cummings, Heeney among highlights of KU's 2014 football season

The 2014 Kansas University football season actually wound up feeling like three or four different seasons. The first was the promise of the offseason, in which a veteran team, a new offensive coordinator and some impact transfers brought hope back to Lawrence. The second covered the first four games, a 2-2 start and the beginning of the end of the Charlie Weis era. Next was the nine-week Clint Bowen era, in which the former Jayhawk and Lawrence native led the program on an interim basis. And the fourth was the coaching search that followed the season and led to the hire of David Beaty in early December.