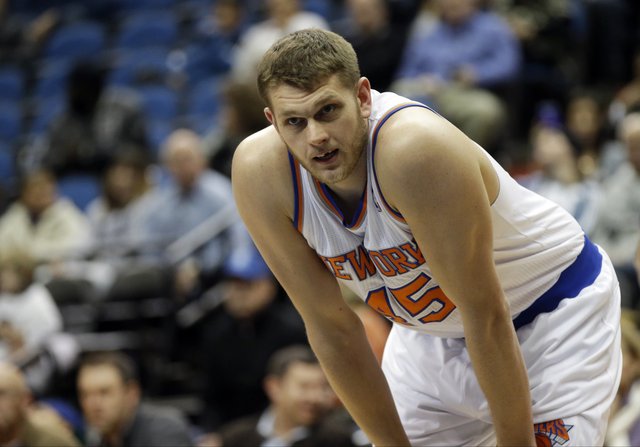 Cole Aldrich makes most of his minutes

Cole Aldrich, the No. 11 pick in the 2010 NBA Draft, has played for Oklahoma City, Houston, Sacramento and the Knicks. He has developed a reputation as a hard-working backup and a good teammate. By Gary Bedore