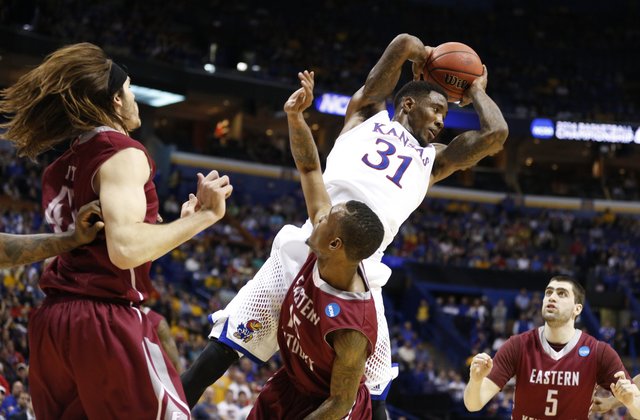 The Jamari Traylor who scored a career-high 17 points and grabbed a personal-best 14 rebounds in Kansas University’s NCAA Tournament victory over Eastern Kentucky last March looked like a guy who might contend for All-Big 12 honors his junior or senior season. By Gary Bedore