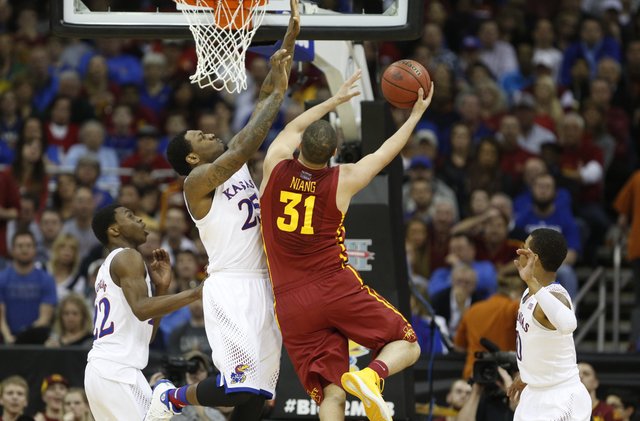 Kansas defenders Andrew Wiggins, left, and Tarik Black watch as Iowa State forward Georges Niang gets a shot up to the bucket during the second half on Friday, March 14, 2014 at Sprint Center in Kansas City, Missouri.

In the waning minutes of Thursday's quarterfinal game between Kansas and Oklahoma State, the Jayhawks benefitted greatly from OSU's willingness to settle for jump shots with the game on the line. Kansas was not as lucky in the semifinals on Friday, as fourth-seeded Iowa State continually attacked the rim and exploited the absence of Joel Embiid in a 94-83 victory at Sprint Center. By Matt Tait