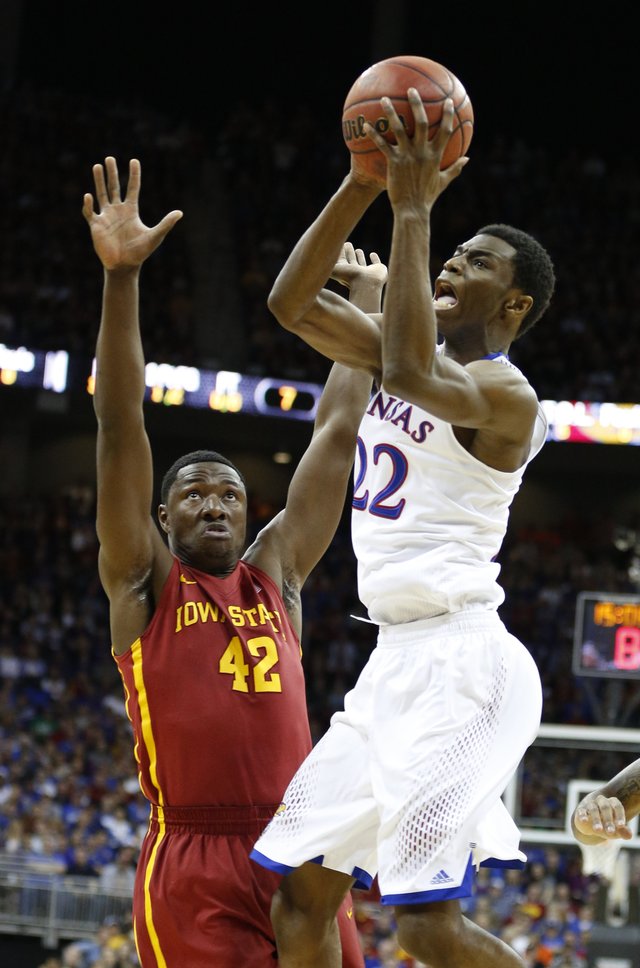 Kansas guard Andrew Wiggins pulls up for a shot against Iowa State forward Daniel Edozie during the first half on Friday, March 14, 2014 at Sprint Center in Kansas City, Missouri.

Even after Kansas lost to Iowa State in the Big 12 semifinals, Jayhawks freshman Andrew Wiggins said he’s confident his team can win six in a row and the NCAA title. By Gary Bedore