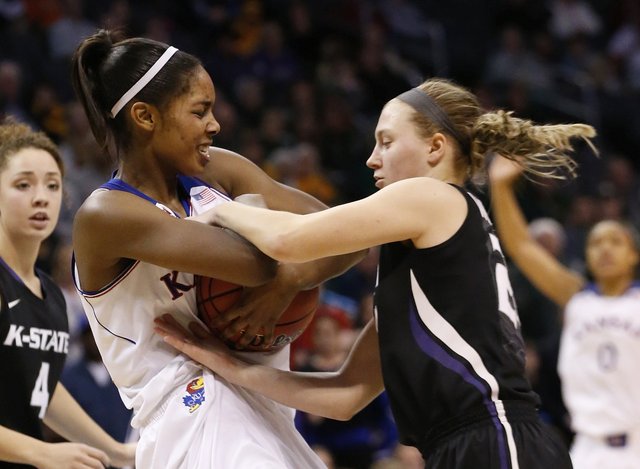 Chelsea Gardner scored six of her 29 points in overtime as eighth-seeded Kansas defeated No. 9 seed Kansas State 87-84 in the opening round of the Big 12 tournament on Friday night.