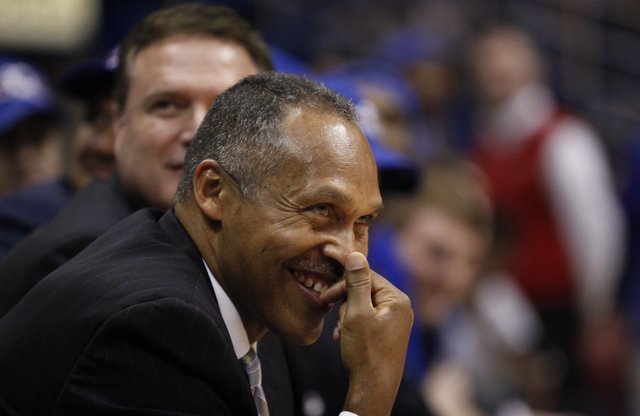 Kansas basketball assistant Norm Roberts, who missed last weekend’s loss at Texas Tech with what was described as “a stomach bug,” has tested positive for COVID-19. By Matt Tait

To most, Tuesday's Kansas basketball matchup with Toledo — 7 p.m. at Allen Fieldhouse — is merely the sixth game on the Jayhawks' 2017-18 schedule. But to Kansas assistant coach Norm Roberts and his son, Justin, the clash will be a showdown unlike any they have experienced. By Matt Tait

The best evidence of how deeply the father-son love shared by Norm and Justin Roberts burns lies in how badly they don’t want to see each other over the next couple of days. Norm, one of Bill Self’s three assistant basketball coaches, and Justin, junior co-star of the Lawrence High basketball team, both have two teams to root for this weekend. By Tom Keegan