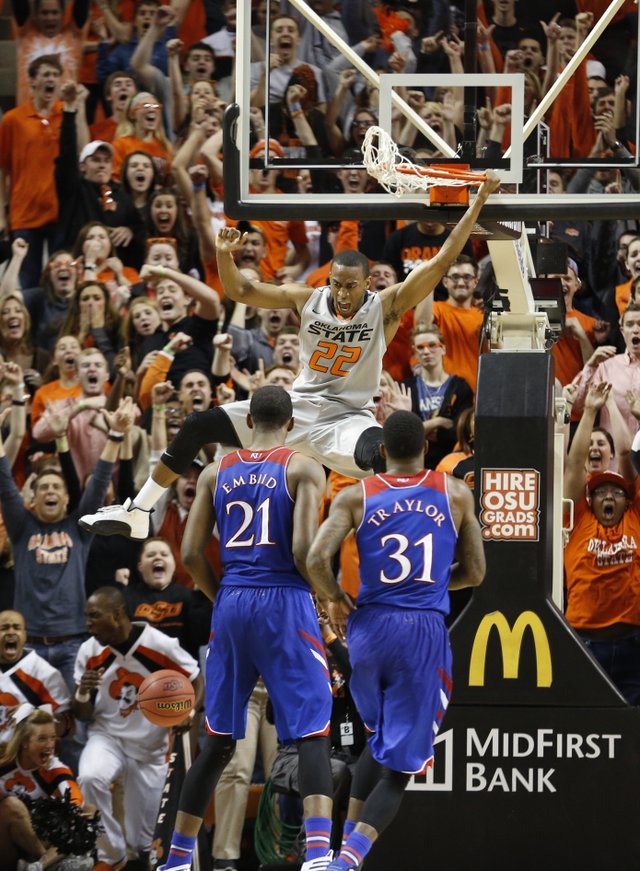 Kansas players Joel Embiid and Jamari Traylor watch as Oklahoma State guard Markel Brown comes down from a dunk during the second half on Saturday, March 1, 2014 at Gallagher-Iba Arena in Stillwater, Oklahoma.

Kansas University had Marcus Smart’s Oklahoma State team, which desperately needed a victory to revive sagging NCAA Tournament hopes, on the ropes. Then Markel Brown got hot. Then Smart smelled blood, and when that happens, all best are off. By Tom Keegan