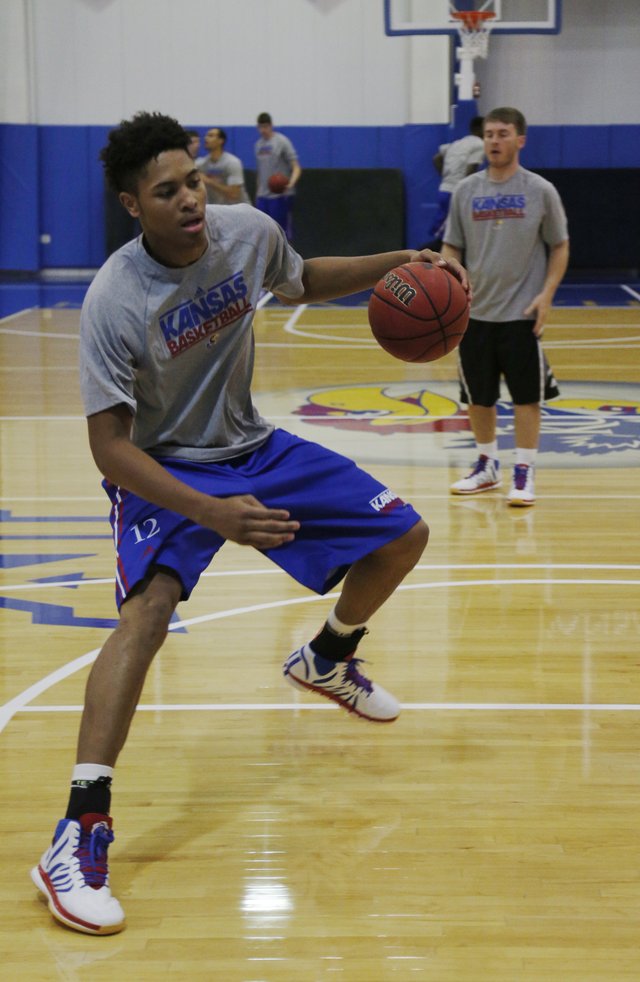 Two starters return from last year’s Kansas University basketball team, but a surplus of starter-caliber players, not a shortage, makes projecting which five will make the most starts together a tricky proposition. By Tom Keegan

Kansas University’s basketball players tend to play unbelievably hard, even in 4-on-4 full-contact halfcourt drills for Bill Self basketball campers.