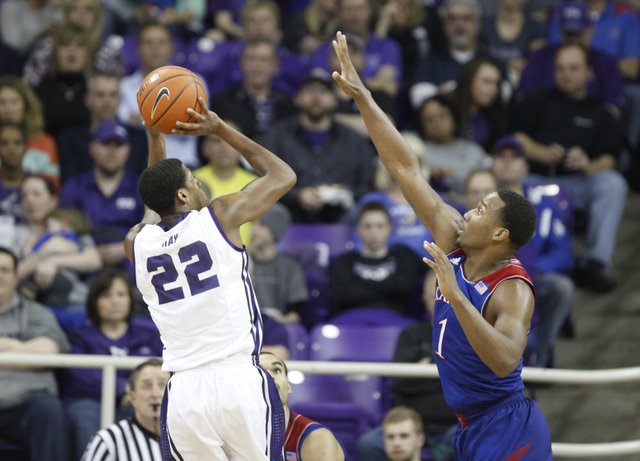 Kansas guard Wayne Selden reaches to defend against a shot from TCU guard Jarvis Ray during the second half on Saturday, Jan. 25, 2014 at Daniel-Meyer Coliseum in Fort Worth, Texas.

Not this time: Kansas dominates in return to TCU

Fans in TCU’s student section brought signs reminding Kansas University’s basketball players of last year’s famous flop in Fort Worth. There would be no need for any such fan ridicule — or coach criticism — following the 2013-14 rematch at sold-out Daniel-Meyer Coliseum. The Jayhawks rolled to 53 first-half points in a 91-69 rout of the Horned Frogs that silenced anybody in a record crowd of 7,494 who might have been hoping for a repeat of last February’s monumental upset.