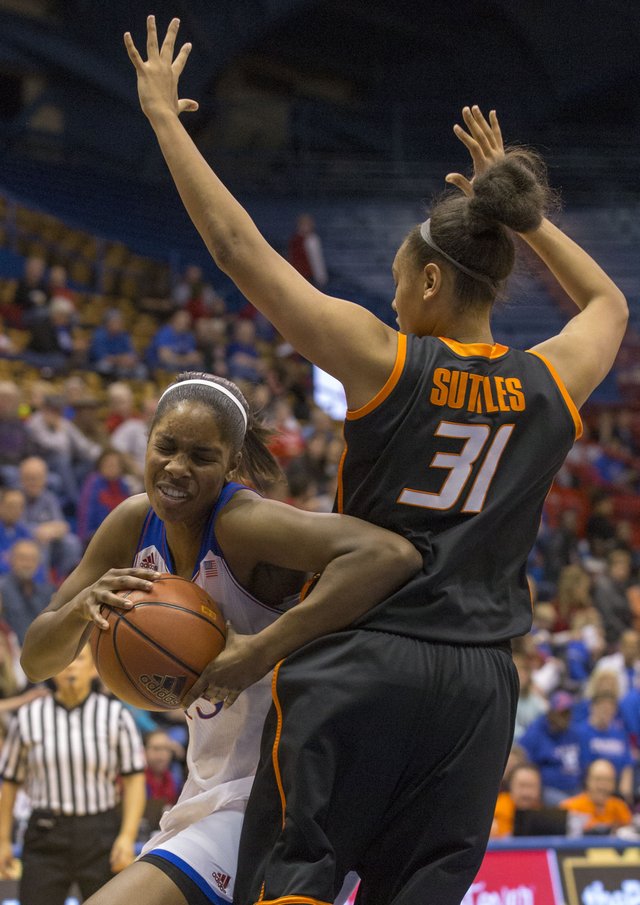 Kansas junior forward Chelsea Gardner uses her elbow to hook Oklahoma State senior center Kendra Suttles (31) as she makes a move to the basket during their game, Wednesday at Allen Fieldhouse.

The Kansas University women's basketball team nearly pulled off a second straight shocker over a Top 10 team at Allen Fieldhouse on Wednesday night. But instead of finishing the job against No. 8 Oklahoma State like they did three days earlier against No. 7 Baylor, the Jayhawks slipped late and lost 64-56. By Matt Tait