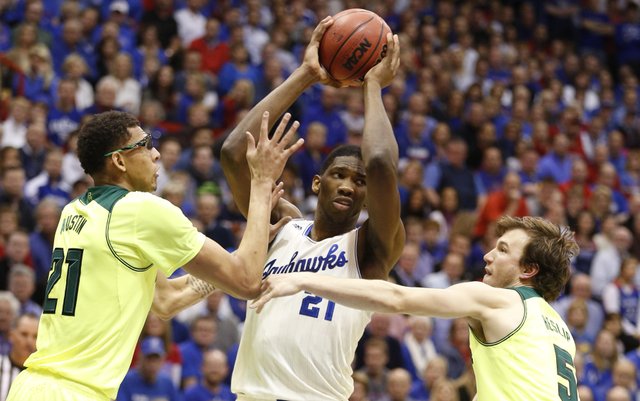 Kansas University freshman center Joel Embiid, who has started the last 16 games after coming off the bench to open the season, will miss today’s 3 p.m. KU-TCU contest as he continues to rehabilitate his aching knee and back. By Gary Bedore

Don’t panic: Self steadies ship after loss as KU preps for Baylor

Kansas University basketball coach Bill Self gave his Jayhawks a bit of a pep talk this week following their first loss in Big 12 Conference play. Today, the Jayhawks continue their quest for a 10th-straight league title as they head to Waco, Texas, where Baylor awaits following a surprising victory at Oklahoma State. By Gary Bedore

Embiid on Monday was named CBSsports.com’s national player of the week. By Gary Bedore