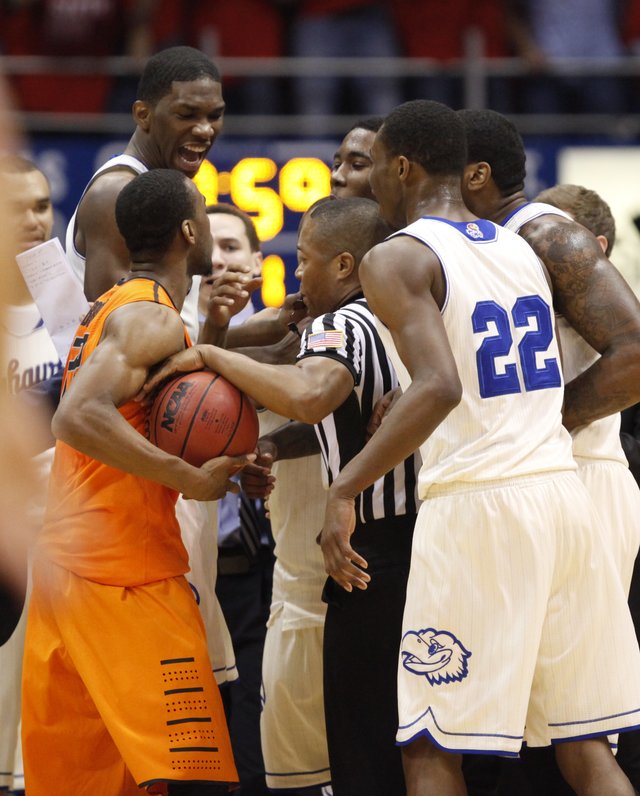 The officials were kept busy trying to keep order on the court the last time Kansas University played Oklahoma State in basketball. By Gary Bedore

Despite a combined six technical fouls being called during 15th-ranked Kansas University's 80-78 victory over No. 9 Oklahoma State on Saturday, neither KU coach Bill Self nor Oklahoma State coach Travis Ford believed there was anything nasty about Saturday's classic Big 12 showdown in Allen Fieldhouse. By Matt Tait