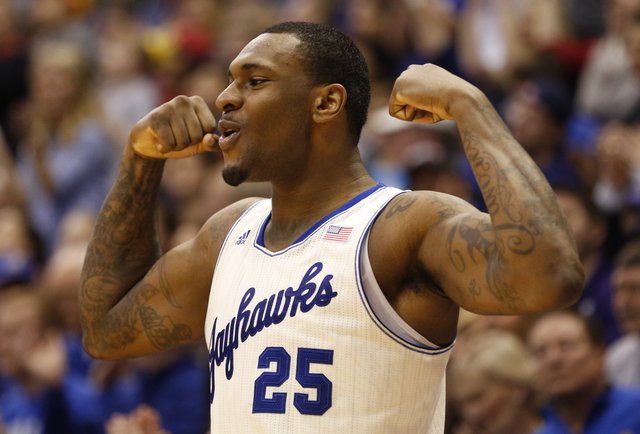 Kansas forward Tarik Black flexes after a rebound and put-back bucket by teammate Perry Ellis during the second half on Saturday, Jan. 11, 2014 at Allen Fieldhouse.

NBA teams get a look at Tarik Black before draft

Former Kansas University and University of Memphis power forward Tarik Black’s name isn’t showing up on any of the many mock drafts as the 2014 NBA Draft approaches. However, league general managers and scouts are familiar with the 6-foot-8, 252-pound Black, who has had workouts with a handful of teams. By Gary Bedore

For all of his life, senior reserve center Tarik Black was groomed for the role he plays for the seventh-ranked Kansas University basketball team. He’s big brother to younger, even more talented athletes. He knows the view from both sides of that equation. By Tom Keegan