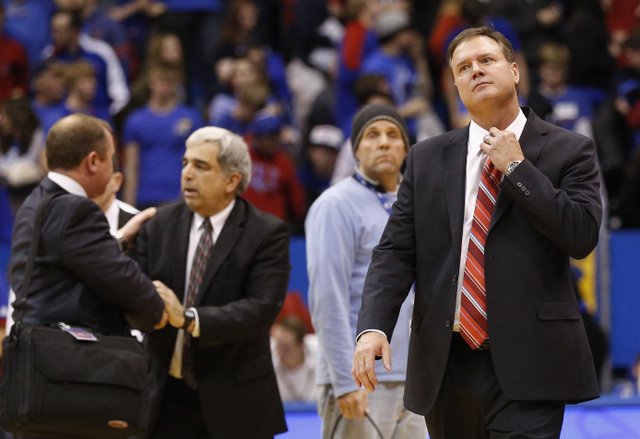 Kansas head coach Bill Self loosens his tie as he leaves the court following the Jayhawks' 61-57 loss to San Diego State on Sunday, Jan. 5, 2013 at Allen Fieldhouse.

Sound advice: Wife tells Bill Self to heed his own words

During various speaking engagements and interviews during the preseason, Bill Self warned Kansas University basketball fans to be ready for ups and downs as his young Jayhawks aged during the 2013-14 campaign. By Gary Bedore