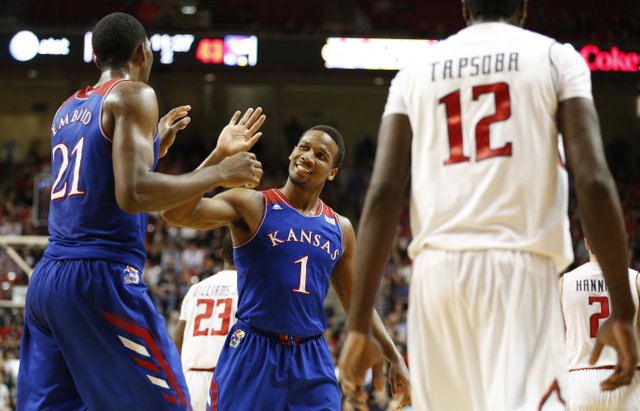 Kansas University freshman guard Wayne Selden wasn’t lacking in confidence as he went up for a huge three-point shot attempt with 2:34 left and the Jayhawks down by four points to Texas Tech on Tuesday night in United Spirit Arena. By Gary Bedore