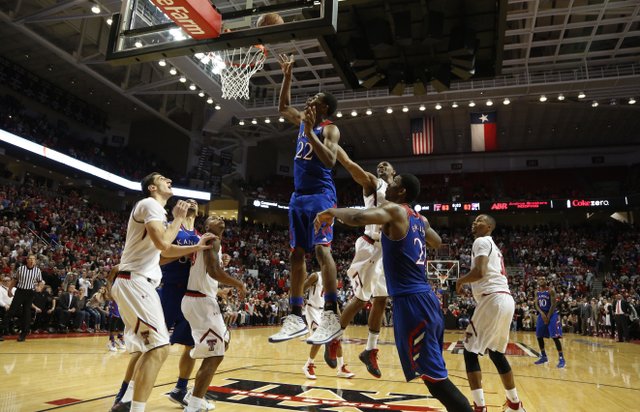 Kansas University basketball coach Bill Self had a good feeling about what was about to transpire as he huddled with his players with 12 seconds left in Tuesday’s 64-63 victory at Texas Tech. “The demeanor was good. I think everyone felt comfortable with what we were trying to do. Certainly, we were fortunate, but it worked out well,” Self said. By Gary Bedore

First-year Texas Tech coach Tubby Smith did just about everything a coach could do to set his team up for an upset Tuesday night in United Spirit Arena. By Tom Keegan