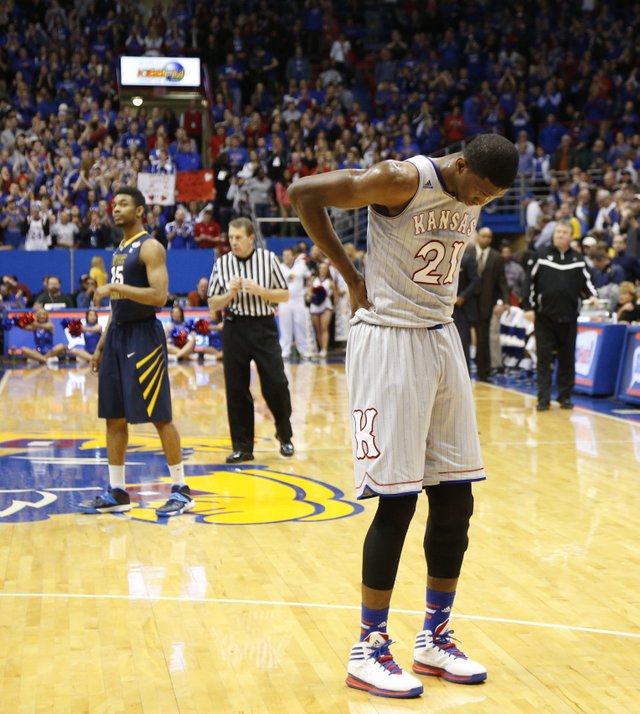 Kansas center Joel Embiid holds his lower back after injuring it during the second half of the Jayhawks' Feb. 8, 2014 game against West Virginia at Allen Fieldhouse.

KU coach Self outlines timeline of Joel Embiid's back injury

Kansas University basketball coach Bill Self took the time Tuesday night in a telephone conversation to clarify any confusion as to when freshman center Joel Embiid suffered a stress fracture of the lower back and how he and his family were informed. By Tom Keegan